The ongoing terrorist siege of a Kenyan Mall offers another clue in the evolving strategy of radical Islamist terrorists. As I have previously written, the Mumbai Hotel attacks represented an evolutionary step in terror thinking. With the hardening and increased security around air transportation, terrorists have changed tactics and moved to other more vulnerable civilian targets. Generally, places of routine mass public gathering are becoming more alluring targets because of the general ease of access, high concentration of potential victims and relative light security.

While different from the multi-pronged coordinated Mumbai attack, the Kenyan Mall attack bears a similar signature because it was a commando style terror operation with reportedly up to fifteen well-armed terrorists. The attackers are members of Al Shabaab, a Somali terrorist organization linked to al Qaeda. Information is being reported that the attackers are multi-nationals, which includes United States and European persons. At least 62 are confirmed dead, and another 175 injured. As of this writing, Kenyan security forces are entering the fourth day of engagement and have not yet taken full control of the mall. An unknown number of hostages are being held which is undoubtedly complicating matters for security forces.

As this gruesome terror event unfolds, several early key observations can be made. First, the attack carries another commando style signature with a large number of attackers applying overwhelming force to a public place. Any reasonable form of onsite security (whether armed security guards or local police presence) would have been outnumbered and out gunned. Second, the attackers employed a revenge based terror operation where death and mayhem is the aim in itself rather than hostage taking to achieve a worldwide political stage as was the predominant motivation in the last century. Hostage taking in this case, like Mumbai, was a secondary tactic to blunt a security response to the initial attack. Third, security forces again showed themselves unable to muster an effective early tactical response to the attack. The reasons for this remain unknown but we can suspect they are similar to past events where numerous local, regional and federal law enforcement agencies and military and special anti-terror organizations respond en masse but are unable to communicate effectively, lack information and lack command and control to organize and undertake a coordinated response. If anything, it is well understood that in the case of an active shooter scenario, time is of the essence and immediate engagement of attackers is critical to limit loss of life. In the case of active shooters in places of mass public gathering, it is necessary to quickly engage suspects with deadly force to deny freedom of movement and their ability to seek out and target more victims.

In order to maximize quick response tactics, the ability to see and hear inside of the place where the attack is unfolding is crucial.   A lack of information as to what is occurring, where is it occurring, and by whom and how many, creates indecision, delays in response and de-leverages response assets and personnel. In the Kenya Mall attack case, like in the Mumbai terror attacks, real time information from inside the mall was and is available from victims via mobile phones and other recording devices. Also, security surveillance cameras inside the mall can provide critical views of the scene inside.  Being able to share this video on-demand with first responders is a critical tool in enabling a quick assessment of the situation, identifying potential suspects, assessing their weaponry, and locating and tracking their position and movements.   Being able to seamlessly communicate among multiple responding security forces, and also to enabling communications between victims on the inside and first responders on the ground provides invaluable up to the minute intelligence. These capabilities are critical force multipliers and provide security forces with the ability to organize, gain tactical striking advantage and adapt in real time in order to bring maximum force to attackers and quickly size uncontested space and extend protection to those who may come under threat.

The ability to thwart a large scale command style attack on a public space may not always be preventable, but the ability to limit loss of life and subdue attackers more quickly and effectively is achievable. Placing adequate numbers of well-armed security personnel at every public gathering space is neither affordable nor practical. However, ensuring real time interoperable communications and multimedia sharing among security forces, emergency support agencies and critical infrastructure during a crisis can be achieved with minimal cost and can vastly improve response effectiveness. For the United States, we must remain vigilant and prepare for attacks of this nature. It would seem to be only a matter of time before an event similar to the Kenyan Mall attack or Mumbai hotel attack will occur. The ability for a dozen or more foreign terrorists to enter into the country and bring high power, high capacity weapons undetected through our borders remains a serious threat vector. Once inside the country, the ability to plan and organize an attack becomes easier especially in larger metropolitan areas with diverse multi-ethnic and multi-national populations where residents are less likely notice the presence of foreigners as anomalous or unusual. Special attention should be paid to in-door malls and large scale hotels that have limited public access points and create bottleneck environments. One of the surest ways to reduce loss of life is to provide more means of quick egress. This notion is contrary to popular concepts of retail design where physical space and pedestrian flow is designed to keep shoppers inside the shopping space as long as possible before exiting.

Because large scale malls tend to be in suburban metro areas, it is worthy to note that the quick reaction and special tactical units maintained by larger city police forces are not in immediate proximity to the mall and generally lighter armed, local area law enforcement personnel will be the first responders on scene. The ability to quickly gather intelligence from security guards inside the mall and from security cameras will be essential to maximize an effective immediate engagement and also allow for heavier armed and trained anti-terror personnel to respond as soon as they arrive on scene. Coordinating with local hospitals and trauma centers, EMS and emergency transport will also require coordination so that victims are quickly extracted, triaged and moved to the nearest hospitals. Even basic traffic control and securing unimpeded routes becomes a matter of life and death and requires coordination from the mall to medical facilities.

In recalling the Boston Marathon bombing tragedy, it is widely recognized that emergency response was exceptional with marathon route areas quickly secured and bombing victims quickly attended to, stabilized and transported to local trauma facilities. But, we should not be deceived by this extraordinary response. In that case, emergency personnel were pre-deployed for the event. Medical staff was on hand. A large police and fire force was deployed on route, and massive emergency response pre-planning occurred, including event specific communications. The same will not be the case in the event of a large scale attack on a mall or public place of routine mass gathering. There are too many and they are everywhere. In these cases, should an unexpected large scale terror event unfold there will be a massive response that will follow and there will be a need to adapt to the place and events occurring on the ground. Flexible and agile seamless inter-agency communications and information sharing will be essential in organizing an effective response. Effective communications and accurate real time information sharing remains the linchpin to improved safety and security and an enhanced emergency response. The capability exists to enable what is needed to make our communities interoperable. Once again, another tragic incident reinforces the urgency of this need.
Posted by Emergency Communications at 11:39 AM 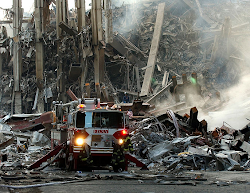 Emergency Communications
Wallingford, Connecticut, United States
I am the Chief Legal Counsel for Mutualink, Inc. Mutualink manufactures an affordable IP based multimedia interoperable emergency communications solution that enables community-wide emergency preparedness networks to be created. With Mutualink, police, fire, schools and hospitals are seamlessly linked together and can communicate over disparate radio systems, mobile and telephone systems, public address systems, and share real time video. I am a graduate of Tulane Law School, and have an undergraduate degree in Chemistry from Hobart College.